First Presbyterian Church
This event has been canceled.

The Showcase on Dustin returns with a talented group of Big Band musicians.

Praised by The New York Concert Review for “a solid foundation of fluent pianism” after her debut at Carnegie Hall's Weill Recital Hall, Korean pianist Eun-Hee Park enjoys a diverse career as soloist, chamber musician, and educator. As a recording artist, her album Gulfstream was selected as BBC Music Magazine’s Music US Choice, MusicWeb International's "CD of the Month," and Naxos Critics’ Choice. Currently, Dr. Park is an Assistant Professor of Music and Head of Keyboard Area at the University of Montevallo.

M. Brent Williams was Asst. Prof. of Violin/Viola at Fort Lewis College and Lecturer of Violin/World Music at Valdosta State University. He has previously been concertmaster of the San Juan Symphony and Albany Symphony Orchestra. 2018-19 season highlights include performing at the Center for New Music—San Francisco, guest concertmaster for the San Juan Symphony, the Festival of New American Music—Sacramento, the FHSU’s New Music Festival at the University of Montevallo, and on the Friends of Chamber Music Series—Stockton.

Brassworks 4.1 is a continuation of its forerunner, Brassworks 4. Brassworks 4.1 members include Connie Schulz playing euphonium, Paul Bara on trombone, Don Williams and Mick Hesse on cornets, flugelhorns, Eb trumpet and piccolo trumpets. (Don and Mick have more money than Connie and Paul so they can buy more trumpets.) Their combined educations and professional experiences include music schools, symphony orchestras, opera and ballet, military bands, chamber ensembles and uncounted church services. All members have been teachers in various guises and are strong proponents of live music. 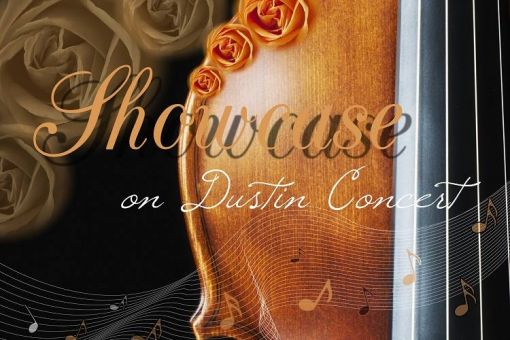 505 Cycles is open for all your cycling needs - rentals, purchases, and repairs! Their hours of operation are Monday - Friday from10 a.m. to 6 p.m., Saturday 10 a.m. to 5 p.m. Please call or join them on Facebook for specials and info about group rides.