Riverstone Church
San Juan Chorale presents their 2022 Fall Concert: Magnificat & Gloria. There will be a second performance on Sunday, November 13th at 3:00pm.

Magnificat by John Rutter for soprano soloist, choir, and orchestra was written in 1990. The text, based on the prayer ascribed by St. Luke to the Virgin Mary on learning that she was to give birth to Christ, is extended by the interpolation of Marian prayers and poems chosen by the composer.  Rutter drew influence from J. S. Bach's Magnificat, which also structures the text in movements of different character. Rutter's Magnificat was composed on commission by MidAmerica Productions, a concert organization in New York performing in Carnegie Hall. The piece has a distinct Latin flair, as Rutter was also inspired by "jubilant celebrations of Mary in Hispanic cultures."

The San Juan Chorale and Chamber Orchestra will perform at the Riverstone Church on Saturday, November 12th at 7:00pm and on Sunday, November 13th at 3:00pm.  This is a free event but donations will be accepted at the door.  Half of all proceeds will go to the local charity "My Very Own Bag of Love."  The Riverstone Church is located at 808 N. Monterey Ave in Farmington. 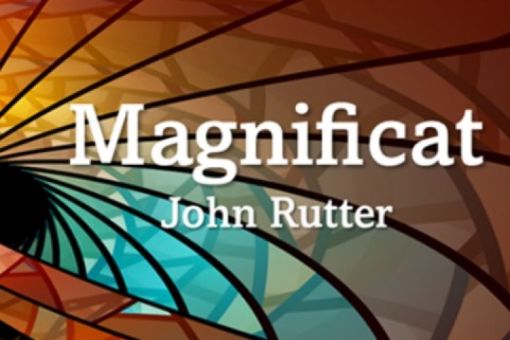