Summary:  Carl, a 78-year-old curmudgeonly balloon salesman, is not your average hero. When he ties thousands of balloons to his house and flies away to the wilds of South America, he finally fulfills his lifelong dream of adventure. When he discovers an 8-year-old stowaway named Russell, the unlikely duo soon finds themselves on a hilarious journey in a lost world filled with danger and surprises.

Bring chairs, pillows, blankets, etc and watch a cool movie under the stars!!  No admission fee.  Food and drinks available for purchase. 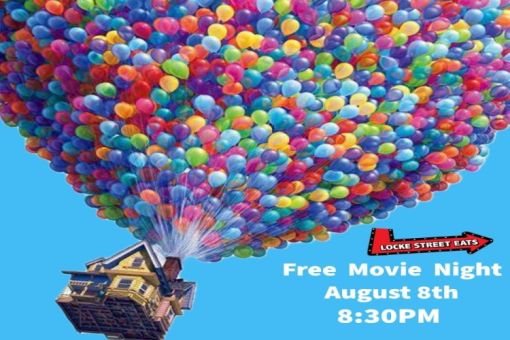