The world generates about a billion tons of garbage a year. Those who live with it and from it are poor, like the people of Cateura, Paraguay.  And here they are transforming it into beauty. This documentary follows the Orchestra as it takes its inspiring spectacle of trash into music around the world. Follow the lives of a garbage picker, a music teacher and a group of children from a Paraguayan slum that out of necessity started creating instruments entirely out of garbage. This film is a beautiful story about the transformative power of music, which also highlights two vital issues of our times, poverty and waste pollution.  This film is not rated. 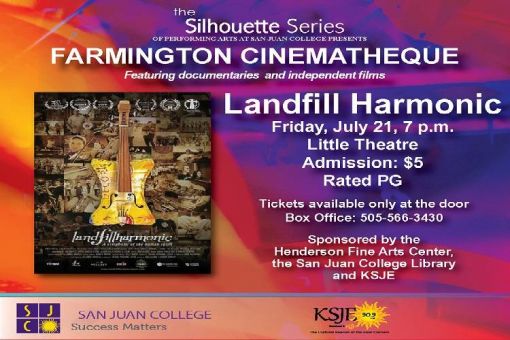