Sunray Park & Casino
Join SunRay Park & Casino for an unforgettable night of laughter! This stand-up comedy duo is back for 75 minutes of non-stop fun!

For the past 10 years James & Ernie have been presenting and performing comedy with a positive message through out North America and even making their way into Canada to perform their hilarious take on Native American life and current affairs. They have both been nominated and won numerous awards for their inspiring TV and comedic performances.

Doors open 30 minutes prior to each show, full bar, and James & Ernie merchandise will be available. Advance tickets $20.00 and $25.00 day of the show. 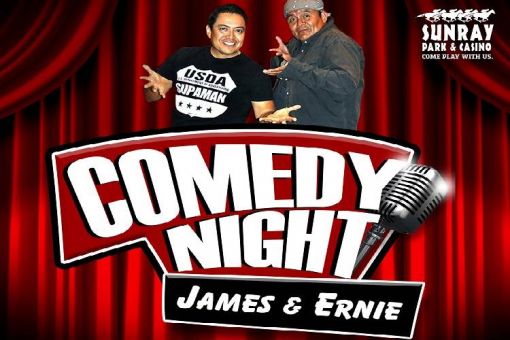