Whose Streets? is an account of the Ferguson uprising as told by the people who lived it. It is an unflinching look at how the killing of 18-year-old Mike Brown inspired a community to fight back and sparked a global movement.

Tickets are $5, and are available at the San Juan College Box Office. For further information, call the Box Office at 505-566-3430. 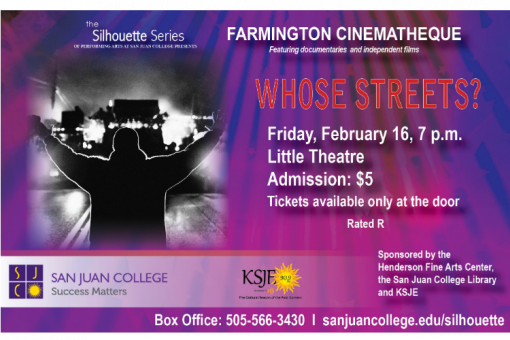 San Juan College sponsors the Performing Arts Series each year.  Along with the many college productions that take place on campus, San Juan College offers the best in family entertainment.