The life and controversial death of Vincent van Gogh told by his paintings and by the characters that inhabit them. The intrigue unfolds through interviews with the characters closet to Vincent and through dramatic reconstructions of the events leading up to his death.  This film is rated PG-13 for mature thematic elements, violence, sexual material and smoking. 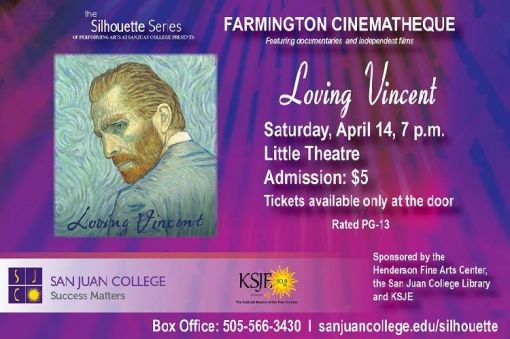