The Reader’s Digest version of Mark Wills’ story makes it clear he’s an award-winning singer’s singer. His matchless phrasing, passionate and meaningful delivery and right-on-the money vocals make each and every song he performs come alive. Like a picture perfect painting, Wills’ music is a vocal work of art that walks right off the canvas and into the hearts of country music lovers alike.

Bringing the Wills’ dimension to some of the greatest songs ever written, he’s not necessarily become known for being trendy, hip or even on the cutting edge, but rather and simply as a damn good singer!

“I think I’m a good storyteller to make a son g meaningful. Whether romantic or ‘reality,’ my focus is on the music delivery to make it my own for the people who listen—so that they can make it their own.”

And the people listen…

His list of accolades is his testament. Mark Wills is a multi-platinum selling country music star with eight top 10 hits to his name including

all of which received nominations for Single, Song and Video of the Year by the Country Music Association. Wills won the Academy of Country Music ‘s award for Top New Male Vocalist in 1998. In 2002, his single “19 Something” spent six consecutive weeks at No. 1, was Billboard‘s top country hit of the year and was the second most-played song of the decade in 2009.

…and that’s just a chapter in Mark Wills’ life story.

Since garnering his Top New Male Vocalist recognition in 1998, Wills has become a staple in country music, like salt and pepper on a table; the chapters may have changed, but the story continues. The father of two daughters, a husband and the head of household, Mark’s role in life and music are one in the same.

“I think I’m at a point where I’ve seen all sides of me! I’ve become more aware of who I am not only as an artist, but as a father, a husband and a friend…and as a dad, I want to put out music my children can listen to; all in all, I take more ownership in it.”

His ownership is made evident in his newest collection of recordings on the CD entitled LOOKING FOR AMERICA; an assortment of tunes Mark describes as different, yet the same.

LOOKING FOR AMERICA is a project with no ‘sacrifices.’ With titles like “Smoking Gun,” “Where Did I Lose You,” “A Whole World” and “Rocking The Country,” the tracks are not just about a rhyme and a hook, they’re a menagerie of people-stories–a musical exhibition of heart-heavy, romantic, comedic all-American existence with apple pie flavor.

Describing the hue of the music, Wills colors his music “dark blue.” 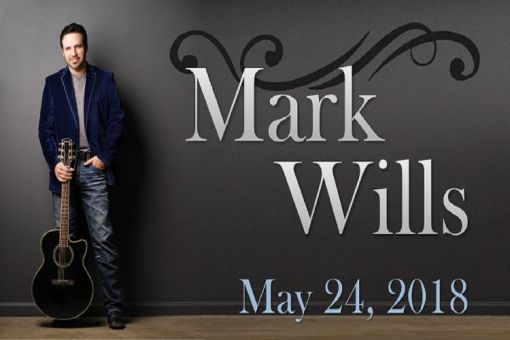